Queens of the Stone Age: one of the most consistent and essential rock bands of the last thirty years. The innovation and god-like swagger of frontman and founder Josh Homme makes them an unmistakable outfit, not to mention the multiple classic albums they have under their belt. Now over twenty years into their careers as a band, how do their albums rank alongside each other? Here are Queens of the Stone Age’s albums ranked from worst to best: 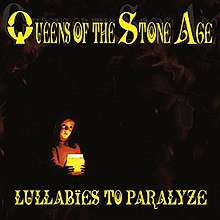 By no means bad, just a victim of falling alongside some of the best rock albums of the decade, Queens of the Stone Age’s mixed bag Lullabies To Paralyze unfortunately falls last on this list. It is dark and eerie to the core, but still possesses absolutely remarkable moments, such as the ethereal Burn The Witch or the obviously slick Little Sister. It is perhaps the only QOTSA album you could criticise for true obvious filler, but it’s a good album, make no mistake of that. The experiments they made don’t always come off, but as a collective they are too damn talented for it to outright suck. 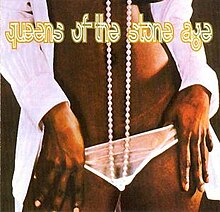 The fabled debut, Queens of the Stone Age’s eponymous record is the grittiest and riff-heavy of their entire discography; but they pull off the raw energy with impressive gusto. Fun fact for you all, the opening track Regular John is not just a great rock song, but it was also sampled by grime icon Skepta on his 2016 hit Man. The album itself is typically stoner-rock in its approach, with fairly woozy, harmonic vocal performances from Homme before kicking into explosive instrumentals; perhaps best demonstrated in If Only and Mexicola. While it may not be on the level of quality the band have gone on to reach, it certainly stands as an important moment in the band’s evolution. 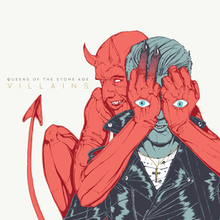 The band’s most recent effort, there’s an argument out there to suggest that this is Queens of the Stone Age’s most squeaky clean and tightly-produced album yet. This will hardly come as a surprise seeing as Mark Ronson is credited as the lead producer on Villains, and the end result of this ambitious combination is a modern boogie-rock monster. Josh Homme is as typically suave as ever, oozing charisma over some of the band’s slickest riffs ever. The Way You Used To Do remains one of their best ever singles and deeper cuts like Domesticated Animals and Head Like A Haunted House are really groovy tracks; they’ve still got it. 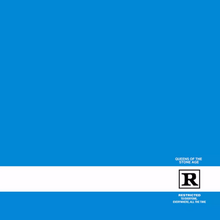 The sophomore record Rated R was Queens of the Stone Age’s breakout moment commercially as well as critically, with many beginning to stand up and take notice of Josh Homme and co. thanks to their irresistibly cool style. It has probably the best album opener of any QOTSA album in Feel Good Hit Of The Summer, a reckless thrasher of a rock anthem which set the explosive tone for the band’s intentions. It encapsulates the desert-rock vibe the band were shooting for with vivid colour and poignancy, utilising some fantastic vocal harmonies and fuzzy guitar melodies from front-to-back. 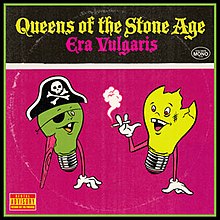 Taking the raw guitar flavours of their previous album Lullabies To Paralyze and jazzing them up a bit with electro-funk influences worked an absolute treat on Era Vulgaris; the fifth QOTSA album. The sounds can be raucous like they are on Sick, Sick, Sick and Battery Acid, as well as truly bluesy in the form of Into The Hollow and Make It Wit Chu; and it is this fine balance that works in the band’s favour. It is uneasy and sadistic at times but truly gripping throughout, flexing some of their most intriguing musical muscles and discovering previously unturned stones in an innovative way. 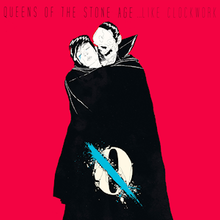 Adopting more melancholic and darker elements to his music, Joshua Homme brought QOTSA fans to another realm of the singer’s psyche with 2013’s …Like Clockwork, the band’s first album in six years. The result was a fascinatingly personal album that also banged very very hard. The guitars manage to be simultaneously woozy and thrashing throughout the album’s duration, especially on standout tracks If I Had A Tail and Smooth Sailing. There is a danger and vulnerability to this album unlike anything we have heard before from QOTSA, and it’s perhaps the most daring and unique release of the band’s career. 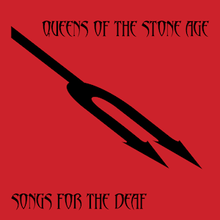 This truly is as good as 21st century rock music gets. QOTSA’s third album Songs For The Deaf serves not just as the home of the band’s two most recognisable anthems in No One Knows and Go With The Flow; but it’s also the best flowing album Josh Homme and co. have ever done. It is a tight-fit concept album designed to take you on a drive through the desert of California all the way to the Joshua Tree, tuning into radio stations along the way. It boasts Dave Grohl on the drums as well as the most cut-throat guitar riffs you’re likely to hear from a rock album in the 2000s. Songs For The Deaf certified the band’s rock and roll superstardom and remains their best effort yet; it’ll take a truly Herculean effort to top it as well.