Skepta’s fifth studio album is his most polished and refined effort to date, opting for vastly expressive production and introspective lyrics while still managing to maintain that cutting edge braggadocio that made him a grime legend. Ignorance Is Bliss feels like the work of a veteran who simply refuses to settle; still pioneering change and artistically developing over a decade after his inception.

Skepta is no stranger to breaking boundaries in the ever-growing grime genre; he is a founding father and one of the true iconic figures of UK rap music, playing such an important role in it’s commercial rise. Simply put, he is a dead cert on the Mount Rushmore of British rappers, so what more does he need to achieve?

Mercury prize winner, platinum seller and one of the very few British rappers to truly break America; Skepta boasts all the accolades already thanks to his monumental rise. The culmination of this came with his last album, 2016’s acclaimed, raw masterpiece Konnichiwa; an album that many considered to be the modern day Boy In Da Corner. It was a landmark moment in grime music and spoke volumes of the attitudes within London’s four corners.

After the album, Skepta spent the next couple of years littering his name around with brilliant feature verses on tracks from the likes of Playboi Carti and A$AP Rocky, as well as dropping a whole host of red hot singles of his own. The likes of Hypocrisy and No Security ended up on 2017’s Vicious EP and became some of Skeppy’s best songs to date. Anticipation was high for his next album but people were also weary of his gradual lean towards American sounding trap music.

Well, while that is something that is obviously an influence for Skepta on this latest album Ignorance Is Bliss, don’t for one second think that Big Smoke forgot to represent his roots. This is perhaps his most introspective album to date, challenging his own perceptions and upbringing while still keeping it strictly G and spitting braggadocio at it’s finest. Lead single and opening track Bullet From A Gun takes the helm and prepares you for the album’s context brilliantly with a futuristic, dreamy beat and a choppy vocal flow from Skep himself. It addresses demons, past relationships and insecurity but strikes the balance by also talking about how his dad made him “a real top boy so I can’t play the victim, been living my life as a kingpin.”

Following on from that is the other pre-released single Greaze Mode featuring Nafe Smallz, an artist who I will admit I had no recollection of before hearing this. The track is another atmospheric one in terms of production but has more kick in the drums, as well as having a distinct hook courtesy of Nafe, who does a great job riding the beat with catchy lyrics. Skepta’s attitude oozes on here and I really think it might be one of the best songs he has ever done.

Much like Greaze Mode, there are plenty of tracks on here that have ‘hit’ written all over them, whether that be a result of Skepta’s bouncy production, his memorable delivery or perhaps a big name appearance. The finest example of this is What Do You Mean? featuring J Hus, a top bracket name in the modern UK rap scene for his incredible knack to make huge hooks. Well he doesn’t disappoint on here either as he raps about anything and everything, including Kim-Jong Un and falling asleep in jeans; all this coming over a bizarre but hard accordion styled beat. There’s also the small matter of sampling Sophie Ellis-Bextor’s classic hit Murder On The Dancefloor within my personal favourite on the album Love Me Not. It’s a seamless mix that showed Skepta flexing his creative muscles while also having a lot of fun with his experimental sounds.

He does find time to bear all in a personal fashion on here, however, using tracks like Going Through It and Same Old Story to discuss his struggles; much like on the aforementioned Bullet From A Gun. Skepta has a remarkable ability to turn his pain into power, as he references himself by saying “I feel like I’m in love with the pain” which is, while eye-opening, also utilised as a bit of a superpower to show everyone ‘look where I am now’.

His confidence doesn’t get shot by these setbacks. Just listen to his arrogance on Glow In The Dark, No Sleep and You Wish for example. He knows that no matter what, anyone who wants to hate or try going toe-to-toe with him, there’s only gonna be one result; beautiful victory for Big Smoke. He has achieved superstar status in this country and has embraced the fame with open arms.

Skepta described the album as “a Skepta playlist” in the sense that he made his magnum opus in Konnichiwa and doesn’t want comparisons. Ignorance Is Bliss is all about the music and how great it sounds, and you have to say it very rarely misses the mark in that field. It’s excellent to see the king of a genre making the music he wants to make; free of pressure to deliver or desperation to be heard. Skepta is in a privileged position of his career where he doesn’t have to stand tall and shout from the rooftops to be heard, nowadays people flock to him and luckily he has given complacency a solid backhand here. Ignorance Is Bliss is a great album full of bangers from an artist having the utmost enjoyment with his music. 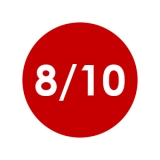