2014 was a year for the experimentals, the weirder the better seemed to be the ethos of the year and as a result we were treated to some truly incredible albums from some marvellous emerging artists. From loud hip-hop concepts with twitchy production to solo artists grabbing the bull by the horns and commanding attention; here are the ten best albums of 2014.

The sophomore studio album of Canadian singer-songwriter Mac Demarco’s career, Salad Days had a lot of expectation following the red-hot success of his previous release 2. Well, needless to say he knocked it out the park, serving up his typically whimsical sound but with a more refined and focused sound. The short run time of the album means you can coast through this thing front to back in a little over half an hour; having a great time listening to the cool chords of Blue Boy and the slick synths of Chamber of Reflection along the way. This is undoubtedly Mac’s best release to date. 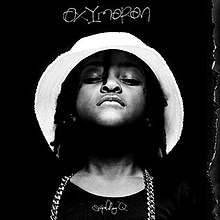 You could be forgiven for seeing this album as ‘the one with Collard Greens and Man of the Year on it’ given the huge fame surrounding those two songs; but this is a genuinely brilliant rap album from start to finish. Yes those two songs take the headlines and rightfully so, they are two of the best hip-hop songs of the decade, but on Oxymoron ScHoolboy Q announces himself as a ready-made star; twisting braggadocio with violent threats. Whether he’s rapping about gunning you down on The Purge, his healthy financial position on Break The Bank or the life of the streets on Los Awesome; you can’t help but be fully invested in this. 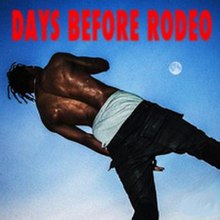 Ah yes, the days before Travis Scott’s debut album. A year after this mixtape, Travis would go on to drop his utterly mesmerising debut album Rodeo and make himself a global star; but 2014 saw him drop the stunning prequel. Days Before Rodeo was a case of sound and style over substance, the idea of creating atmospheric music clearly dominated the process but wow did it work. Travis’ autotuned blasts on the mic intertwined with the ahead of it’s time production on songs like Mamacita and Skyfall while the haunting Drugs You Should Try It paved the way for Trav to experiment further beyond the ideas of turning the fuck up. If you didn’t know Travis Scott before this mixtape’s release, you certainly did afterwards. 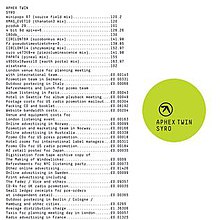 In 2014 Richard D. James, best known by his legendary stage name Aphex Twin, shocked the music world with a surprise return to the industry. Syro was the project that followed, coming some 13 years after his last release Drukqs, and fans were delighted with the results. Syro offers up some of Aphex’s best, most-danceable tracks to date, as well as proving that he is still the man in the know of which boundaries need to progress and be pushed in the electronic scene. It is as intriguing as albums come as it highlights and reiterates the things Aphex Twin is really quite excellent at, as well as daring to keep striving for more and keep trying new sounds. Think Selected Ambient Works 85-92 if it had just been given an E and was wearing Joseph’s technicolour dreamcoat; and you’ll have Syro. 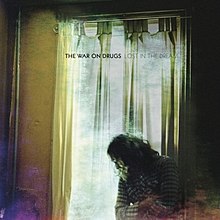 The most critically acclaimed album of 2014, Lost in the Dream was the moment in which American indie rock band The War on Drugs proved their everlasting powers as thought-provoking masters of their craft. The hour long album encapsulates the feeling of struggle and loneliness but does so in a way that it suddenly sounds fresh and worth fighting against. The near nine minute opener Under The Pressure rings through my ears still to this day with it’s heartfelt honesty and instrumental beauty, as the rest of the album takes shape around that 1980s rock influence; paying homage to the likes of Tom Petty and Bruce Springsteen on cuts like An Ocean In Between The Waves and Burning. This album is the grandiose spectacle The War on Drugs needed to make and it’s one that has been hailed ever since.

It is almost impossible to fathom that this was Ariel Pink’s TENTH studio album, mainly because he has consistently managed to sound so fresh and original every time he brings out new music. What I love most about pom pom is the uncertainty it can bring, it sounds raunchy and vibrant but also has the tendency to take distressing and dark turns. It’s an album that keeps you on your toes from start to finish, quite the achievement given it’s 67 minute run length. It’s got such progressive thoughts scattered around the tracks and has a magnum opus feel to it; so if I’m calling it Ariel Pink’s magnum opus that should tell you all you need to know about how great it is. 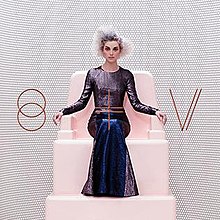 Making struggle and suffering sound like the coolest part ever, St. Vincent’s eponymous album is Annie Clark’s finest display of artsy pop-rock to date; blending quirky and bouncy melodies and production to create the perfect juxtaposition of the sombre, agony-wrapped lyricism. The album is rich full of essential pop bangers and killer themes that coincide with the context of the project, namely Digital Witness; undoubtedly one of the finest pop tracks of the decade. Clark described her album as “a party record you could play at a funeral” and if that doesn’t make you want to listen then I don’t know what will.

I may as well address this now: if you ever thought Freddie Gibbs was capable of this then you’re a more optimistic person than I could ever dream to be. Freddie has always been a great MC with barbaric deliveries and a story to tell, he just needed a genius like Madlib to put that into action on a full project. This album is like hip-hop nectar for the ears; it appeals to the hip-hop traditionalists thanks to it’s obvious homage to Raekwon’s infamous 1995 album Only Built 4 Cuban Linx, as well as the underground rap connoisseur because of Freddie’s near perfect flows over equally perfect beats by Madlib. A decade after he brought us Madvillainy with MF DOOM, Madlib worked his magic again, pulling out the best album of Freddie Gibbs’ career by an absolute country mile. 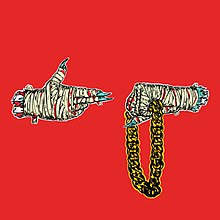 When Killer Mike and El-P joined forces in 2013 with the inaugural Run The Jewels album, the hip-hop community sat up and took note. The album contained abrasive production with ice cold flows and ranked very highly in the glittering careers of both rappers. A year later, they unthinkably topped it with Run The Jewels 2 as everything just sounded that extra level better; saying fuck you to the musical formula and making the most explosive rap album of 2014. This is eleven rock solid rap anthems with some of the best bars, most unique beats and undisputed natural chemistry the genre has seen in years. Oh yeah, and there’s a Zack De La Rocha (Rage Against The Machine frontman) feature. 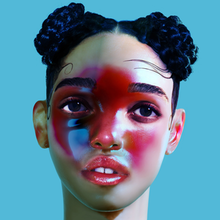 After the success of her first two EP’s and the inclusion on BBC’s Sound of 2014 list, FKA Twigs took anticipation and fired it into the stratosphere with her debut album; creating a project beyond recognition of anything this country had heard in a very long time. This album, simply put, is R&B at it’s most extra-terrestrial; it is a glowing reference to the old phrase “the sky is the limit” because never once does LP1 sound formulaic or expected. Never once does FKA Twigs sound anything other than an intriguing blend of gorgeous and haunting. With just one swift swipe of her artistic paint brush, Tahliah Debrett Barnett shatters perceptions of modern pop music and invites us all into the future. The only issue with that being that five years on, nobody has made a pop album like it and I fear nobody can, apart from Twigs herself.