Little Simz has always been an immensely talented MC on the cusp of something special. Well, she’s finally shattered the glass ceiling here; crafting together a true coming-of-age album that feels as triumphant as it does emotive. The UK rap scene has been on the up for a few years now, but they better make room at the round table for a new face, a new hero to join hip-hop royalty; and her name is Simbi Ajikawo.

At just 25 years old, Little Simz has a very impressive discography. She has released four mixtapes, five EP’s and three albums already at this early stage of her career. Her style has been mainly narrative on previous work, focusing on self-reflection and a sense of hometown pride; and while that is still an obvious theme on her newest album GREY Area, what makes this so special is just how much more it tackles than just her own experiences.

Opening this album with an absolute bang, Simz comes through swinging on her lead single Offence, a boom blast anthem which sounds almost military in it’s delivery. The beat is in-your-face, unique and explosive while Simz’s bars are as ice cold as they come, swinging braggadocio about her MC’ing ability with fantastic witticisms such as “I’m Jay-Z on a bad day, Shakespeare on my worst days”. This track is just straight heat and she is certainly right by saying “my pen is the maddest” on here; what a way to start the album off.

“STOP FUCKIN’ WITH MY HEART” proclaims Simz on the second track Boss as she grabs your attention firmly by the scruff of the neck and proceeds to dominate a track consisting of some seriously cool bass chords and staggered drum beats. I love the sheer unapologetic attitude she shows on this song, shouting when necessary and flowing effortlessly in the verses; if you didn’t know Simz came to play by now then you’ll never know.

Selfish, the album’s third track and fourth single is vastly different to the previous two tracks, opting for a more soulful jazz sound in the production as well as the angelic performance of Cleo Sol in the rhythmic hook. Simz’s delivery is more stripped back to accommodate on this song but she still oozes persona and charisma as she raps about the pressures of being a woman in a male dominated industry, but how she thrives off that pressure and has the confidence to serve up classics like this. This was a really telling moment in the album’s tracklist as it was the demonstration of Simz’s variety as an artist, managing to balance arrogance and hard knocks with silky smooth, passionate tales.

As the title of the fourth track would suggest, Wounds takes a look at the hardship Simz has witnessed and experienced in the world of gun crime. Lyrically the track takes on the media perception of crime as well as who is affected by these attacks, ending each verse with “another story for the headlines” to imply that the media are just being given more and more ammunition to tear down communities when these crimes happen. It is a harrowing tale of the real dangers on rough urban streets, using the production to also create a sinister atmosphere. The hook from Chronixx is beautifully poised and displays love as a saving grace to all this terror.

Good god. Words really cannot put into comprehension just how hard Venom goes. Clocking in at two and a half minutes long, this track uses staggering live instrumentation in the beat to create a villainous soundtrack, tailor made for Little Simz to spit some of the best bars of her career. Her flow on this song is sublime, sounding so slick but also aggressive and passionate as she points the finger at people who don’t want her to succeed, I’ll just leave Simz to say the rest. “Fuck those who don’t believe, They would never wanna admit I’m the best here, From the mere fact that I’ve got ovaries, It’s a woman’s world, so to speak, Pussy you sour, Never givin’ credit where it’s due ’cause you don’t like pussy in power, Venom.” Simz brings nothing but sheer venom here as she casts superhero opinions wrapped in a supervillain delivery.

From something gritty and angry to something sweet and warm, 101 FM uses glitzy production on a dreamy beat as she swaggers her way through another banger. This song feels a bit like a celebration of where she came from, discussing her flat experiences playing the likes of Mortal Kombat and Crash Bandicoot as well as her early days of rapping. It is a typically confident display from Simz but with a nice twist of humbleness and remaining true to her roots; I also love the radio show skit at the end to suit the title.

Perhaps the most intriguing on the tracklist pre-listen was Pressure due to it’s Little Dragon feature. Combining Little Simz with a band like Little Dragon was always going to be a recipe for success, much like her collabs with Gorillaz and alt-J in the past couple of years; the different styles of both Simz and Little Dragon made for blissfully intriguing listening. Simz raps about poverty and working class struggle over a moody synthesised beat layered with vocal harmonies courtesy of Yukimi Nagano, with the production working hand-in-hand with the vocals to set the tone of internal struggle, emotion and, you guessed it, Pressure.

Therapy takes the difficult topic of Little Simz’s personal struggle with mental health and brings it to life, expressing thought and feeling throughout the song’s duration as if it were Simz’s own personal therapy session. She directly addresses her experiences with therapy and how it almost drove her insane to the point where she was questioning why she is even there. In typical Little Simz fashion, she states that “I don’t need help” and proceeds to say she’s getting through this and getting by on her own; much like her relationship with the music industry where she has turned her back on upper management labels and gone independent.

The penultimate track, Sherbet Sunset, is the longest on the album and it is a breakup anthem from the heart; but not in the conventional way. While Simz is clearly upset by the situation (“feels like the world’s ending”) and is struggling with the situation (“lost part of myself and I can’t get her back“), she remains buoyant and seeks to use the experience as a life lesson (“I ain’t even mad that you chalk, I’m just mad at me, should’ve known better, mommy taught me better strategies”). As Simz describes in an interview with Line of Best Fit about this song, it isn’t meant to throw dirt on the protagonist’s name: “It’s just more so that I’m just trying to understand; I’m just trying to figure out where it went wrong. And even more so just heal from it – that was my way of healing, you know?” The song’s raw honesty makes it as charming as it does sorrowful.

Simz closes the album with a feature from former Mercury Prize winner Michael Kiwanuka on Flowers, a song all about death of idols with direct mentions of the infamous ’27 club’ that contains major celebrities including Amy Winehouse, Kurt Cobain and Jimi Hendrix. Simz tips her hat as a salute to these musical greats as she addresses some of their finest work and intertwines it with her own lyrical dexterity. “A voodoo child playin’ Purple Haze” is a reference to the Hendrix hit while “like I didn’t just Back to Black it” recognises the groundbreaking Amy Winehouse album of the same title. Michael Kiwanuka’s chorus is soulful and powerful, adding a great deal to a track which fits like a glove at the end of this album.

When all is said and done with this album, there is absolutely no denying Little Simz her moment. She has put together a focused, balanced and mesmeric piece of conceptual work that ranks not only as the best of her career, but without doubt as the best album of the year so far. Don’t sleep on this album, it’s that little piece of self-reflection we could all do with right now in pressing times; as well as being a phenomenal display of artistic brilliance. 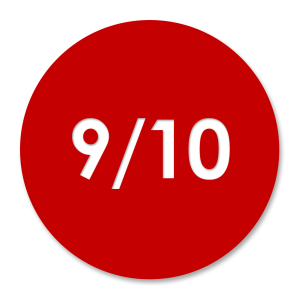 Listen to the quite brilliant GREY Area here: