A new feature to Viberant here. We’re branching out past our own musical opinions and looking towards friends of Viberant to get their view on music, no matter how drastically similar or different to our own. It could be anyone from collaborators to or our parents so be prepared for a broad spectrum of opinions. Our first guest is someone we’ve worked with in the past, Joe, owner of Lazy Joe’s.

Liam: I know you’re a fan of music from all walks of life and from all different decades, but if we’re looking most recently what’s your best album of 2018 and why?

Joe: If you asked me this a month ago, I’d of struggled to give you a hand full of examples. Even though J.Cole brought a decent album out as well as Kendrick bringing out a very strong soundtrack for the movie Black Panther, nothings really blown me away. Within the past month Brockhampton has dropped Iridescence and Lil Wayne has come back with Carter V. Both are banging, fresh pieces of music. There’s also been some class electronic releases this from Dj Koze, Leon Vynehall and Jon Hopkins. Khruangbin blessed me with another exceptional album this year which is definitely up there for me. Move D told me to check them out a while ago but now they’ve done a boiler room the cats out the bag. But if I had to choose, it would have to be Carter V, it’s a refreshing take on rap music today. After listening to it for the first time in it’s entirety I felt like he whispered in my ear “don’t worry about all this new shit, everything will be ok”

Liam: Let’s transition from 2018 to the 90’s and early naughties. What’s your standpoint on the ‘Golden Era’ of rap? Do you consider it to be golden?

Joe: I grew up through the 90s so as a kid it was the most influential period of my life. Looking back, sprouting up through this exciting time, so much interested me and still does. This decade influences my life and my work in so many different ways. You speak of the “Golden Era” personally it definitely was for me. At that period of time they were telling stories through the only medium these rappers could. The only way to know about your favourite wordsmith was to listen to every nuck and cranny of their album, including the skits. Most memorable for these were Eminem’s Slim Shady  LP and Wu Tang Clan 36 chambers. Where they’d use the opportunity to paint a picture of their world and surroundings.

We’re talking £1 a minute, pull out the phone line internet stage. So these guys didn’t have snap chat or Instagram to portray who they want to be and weren’t as concerned about what the masses thought of them and what corporate sponsors would drop them for saying something offensive.

I’m still infatuated by the period and it has a massive influence in my life. On a personal tip the best time for hip hop, I preferred the style, flow and beats. I believed these people were talking to me through a time I lived. I love the rawness and simplistic-ness of the late 80s and the rnb influenced in the early 00s. But the music that was coming out of that era was next level.

Liam: Who sticks out to you from that golden era for you? Let’s go top three?

Liam: Let’s take the best of both worlds, whats a dream collab for you with a golden era artist meeting the new era? 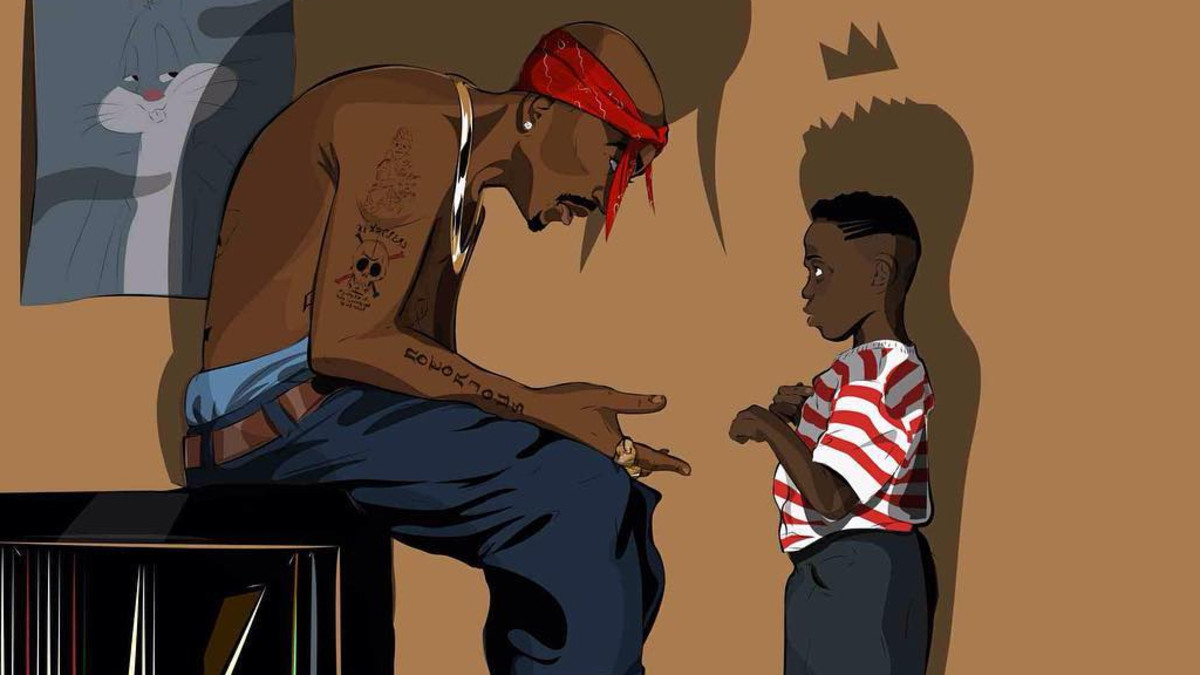 Joe: King Kenny is probably my all time favourite. People generally stick to somebody whose either passed away or no longer spitting to put at the top of the pedestal. Same with all musicians, people only miss them when they’re gone. I believe Kendrick is at the top of his game and he’s the greatest that ever did it. I know his hero was Pac. Which is clearly shown in the outro of “To Pimp A Butterfly” (an absolute masterpiece by the way) and he would love nothing more than to have him here to work with. So for that reason I know that them two would go all out and make some mad shit together. Though I do believe the intellectual pace, mood, tone and depth changes in both Kendrick and Em’s music would make a very special collaboration.

Oh wait… but what about a Q-Tip, Tyler collab. That’d be mad!

Liam: Moving away from rap and focusing more on R&B, who’s your top artists and what are your favourite R&B albums?

Liam: We talk a whole lot about rap and R&B, is there any other genres you’re big on?

Joe: My playlists are pretty offit. I appreciate and listen to so many different genres. I think labels and genres just get in the way, you like what you like and that’s it. I listen to everything from punk to reggae, soul to jazz, techno to grunge and everything in between, but not EDM. It all depends on the mood, you know. I’ve been spending a bit of time in the mountains of Colorado these last few weeks so I’ve been listening to some of Bon Iver’s favourite bands, in particular Indigo Girls. Kind of suits the surroundings.

Liam: Is there any music in your playlists you would consider a guilty pleasure?

Joe: I don’t think I’d be embarrassed to show anyone my music so I’d struggle to name a guilty pleasure. Though I always have Justin Timberlake – Justified ready to rock in my car but I wouldn’t turn it down at the lights. Throughout the early 00’s there was some crazy catchy pop tunes coming out of the US.

Jeez, where do I start as far as tunes, check out my Spotify playlists and take your pick. – Joetheocean

Liam: Anyone who know’s Lazy Joe’s knows about the vintage clothing you source. How do the music and fashion cultures merge and does music influence your personal clothing as well as the clothing you sell at your pop ups?

Joe: If it wasn’t for music I wouldn’t have had that spark within my consciousness to be interested about clothes. I just wanted to get the clothes that my favourite rappers used to wear and I’m still on that mission now. Music is an art form as well as a lot of different creative entities that go hand in hand with each other. I’m just looking for individual pieces that have a personal connection and that excite me. Whether that is a Home Improvement or a Alliyah tee. I’m just fortunate enough that other people appreciate that too.

Growing up I got together the same outfit as Fred Durst from Limp Bizkit in “Rollin” with the red Adidas track pants, I still wear them now.

Liam: This summer you’ve been all over the world from pop ups in Ibiza back to the UK and onto the US. Do you have a go to artist to listen to on your travels or better still have you discovered new music from visiting different places?

Joe: I’m not the best flyer and I travel a lot so I must have certain artists that help me keep calm and make those long journeys a breeze. Sampha – Process is one of those special albums that must be on my phone as soon as I get a new one. Few others on that list are Oasis – Definitely Maybe, Jamiroquai – Greatest hits, James Blake – James Blake, Outkast – Aquemini and Daft Punk – Homework. it’s a decent mix which keeps every circumstance covered.

I like to keep my ears close to the ground so I always try to get to gigs or clubs when I’m travelling to different places. In Ibiza a bunch of my mates are sick DJ’s. So watching them a few times a week and knowing that the music they were playing out was made in the house we lived in was pretty special. Within the next couple of weeks in USA I’m off to see Mick Jenkins, Nightmare on Wax (live band set) and Caleon Fox which should be a laugh.

Big thanks to Joe and if you wish to be featured as a Viberant friend then just drop us a DM, we might very well choose you!