Kings of Leon are a real family matter of a band, consisting of brothers and cousins of the Followill family from Tennessee. They have had a long and illustrious career since forming in 2000 and their rock blend has become somewhat of a staple soundtrack of the 2000s. Here are their seven studio albums ranked from worst to best, spanning over a 13 year period.

The album that made Kings of Leon stadium-rock, world-renowned superstars ranks as their worst on our list. It contains their two biggest hits in Sex On Fire and Use Somebody and those two songs are the epitome of a band losing their bite; failing to continue to push the envelope and instead settling for commercial hits over legacy. While there is the occasional moment of classic KOL on here, Be Somebody and Closer for instance, this album leaves a sour taste in my mouth; it isn’t the band I fell in love with in my earliest music memories. 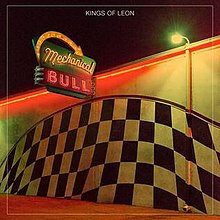 On the band’s sixth album Mechanical Bull, they keep the stadium vibes going on hits like Supersoaker and Temple but there are also moments of sweet serenity through tracks like Comeback Story and Beautiful War. While those songs do standout, there are sadly too many forgettable, bland moments on this album for it to merit being ranked any higher in the band’s discography. Plenty of the songs on here I could gladly erase from my musical library and never listen to again, which is something I don’t like to associate with Kings of Leon.

On their most recent album WALLS, Kings of Leon returned to form a bit and demonstrated that there was certainly life in the old dog yet. The title track is a gorgeous acoustic cut with some of Caleb’s best vocal and lyrical work in years, while Reverend and Around The World have that Nashville groove which eluded the band for a while after their initial buzz. Lead single Waste A Moment is a guilty pleasure bop for me because it should be everything I hate in a KOL song but for some reason it clicks well. 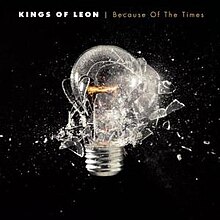 Around the mid-to-late 00s era, Kings of Leon were being labelled as the “Southern Strokes” thanks to the brilliance of their first two albums and the thrashing rock-and-roll they could provide on a regular basis. When the third album came out in 2007, although they couldn’t quite hit the quality mark of the first two, the reception was huge and the attitude was plain to see. Because Of The Times has a seven minute long opening track in Knocked Up which is excellent and the album as a whole follows suit; balancing the brilliance of thrashing guitars and infectious bass riffs with almost angelic vocal delivery. 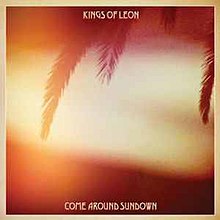 By the time this album came around, Kings of Leon had a lot to answer for and a big decision to make. They were coming off the back of Only By The Night and needed to choose their path; do they resort to older roots and please hardcore fans, do they continue on the path of crowd-pleasers and radio plays, or do they try something completely different and risk it all? In the end I am pleased to report they mixed new influences of beach-rock with their classic sound and formulated a very strong, very sonically pleasing album in Come Around Sundown. 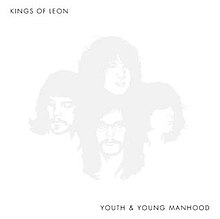 The debut album is always a band/artist’s chance to demonstrate their core sound to the world, what Kings of Leon managed on Youth & Young Manhood was to generate a genuine buzz for rock & roll along with country twists. Caleb’s jarring but poetic vocal melodies made for an enticing listen on tracks like Molly’s Chambers and Joe’s Head while the sheer brilliance of the guitar riffs shone through as a constant; especially on California Waiting and Red Morning Light, two of the band’s finest songs ever. 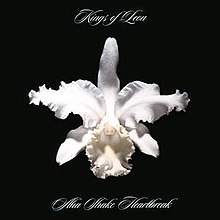 Difficult second album? Kings of Leon dispelled that myth with authority on their sophomore album Aha Shake Heartbreak with a focused, progressive project that took the elements that made their debut great and made them even better. Not many albums this turn of the century start better than the duo of tracks on here (Slow Night, So Long followed by King of the Rodeo) while hits like Four Kicks and The Bucket still sound so huge to this day. Not to mention that the band’s best song is on here; yes I am talking about Milk, of course I am.