The constant change in tone and the varying flows reminds everyone that not only can Saba deliver an artistic and gut wrenching performance, he can rap with the best of the best.

You know the drill by now with Viberant. For the last year we’ve listened to new albums several times before reviewing them a few days after their release, which makes this a real puzzling one for me. Six months ago Chi-Town rapper Saba released his second studio album Care For Me. I did the usual Viberant protocol. I listened to the album several times and had a score in mind, but for whatever reason the review was never written up. It fell to the back of my mind and as time went on it escaped my mind to write this up, but you really need to know about this album.

In a genre that often seems to perpetuate a popular drug culture and a gangster attitude, Saba takes a softer approach with his lyrics often opening up and speaking of relationship issues and depression among other important cultural issues. The murder of Saba’s cousin makes for intense yet stunning lyricism, that stunning lyricism can be found from the first lyric to the very last.

“I’m so alone” is the opening lyric to BUSY / SIRENS, one of the most thought provoking songs of the year. Saba details the death of his cousin who was stabbed in 2017. Through discussing John Walt’s death not only does Saba make for an emotional and deep cut song, but he rallies us all through music. It inspires change throughout not only Chicago, but the world as a whole. Both sides of this track are an emotional tribute that has left a lasting impression on myself since April, regardless of your taste this song is worth listening to for pure emotion and compassion alone.

The aforementioned themes of relationships, loneliness and depression all follow through into track two BROKEN GIRLS. It’s a heart wrenching song that most likely evokes a plethora of emotions from his listeners. SMILE is much more sombre in it’s production, flow and tone than other tracks on the album as Saba raps about his childhood with his grandmother in what seems like a happier and simpler time that he wishes he could relive or recreate.

Chicago’s own Chance the Rapper was enlisted for track seven, LOGOUT. While Chance generally takes the headlines on name value, it’s Saba who stole the show with one of his best performances on the album in terms of pure rap. The constant change in tone and the varying flows reminds everyone that not only can Saba deliver an artistic and gut wrenching performance, he can rap with the best of the best.

Saba takes shots at the mainstream industry on track eight, GREY. “The best song was probably on the B side” raps Saba as he flows over a soft and soulful beat discussing the pressure artists feel at major music labels. The last quarter of the song sees a shift in flow and production as Saba appears to come off more aggressive whilst discussing the same topics. This song along with the seven before it are a testament to Saba and the Chi-Town rappers who remain authentic and refuse to simply churn out big bops for the music industry. He knows he’s much more than a spoke on the wheel and this track is all the proof you need.

PROM / KING is a seven and a half minute song split into two stories. The first details Saba’s prom and how his date’s brother threatened to kill him as well as mentioning some underlying family issues, while the latter half details the tragic death of his cousin. Not only is it storytelling in music at it’s finest but the production and actual delivery are sublime. KING ends with an outro from the late John Walt who ends the song with the heartbreaking lyric “I just hope I make it ’til tomorrow”. It’s quite possibly the best song of 2018 and a song that should be recognised as something much more than just rap.

In the albums final track, HEAVEN ALL AROUND ME, Saba performs from the perspective of someone on their way to heaven and strongly links the song with the records opening song, it’s a fitting end to the most intense and emotional 40 minutes of music I’ve heard in 2018. It’s much more than 10 songs, it’s a complete and well rounded masterpiece. You can’t help but empathise with Saba in what feels like an infinite amount of ways. His heartfelt messages and deep lyricism matched with the albums crisp production values have made for a serious album of the year contender. A massive thanks to Saba for creating a true masterpiece. 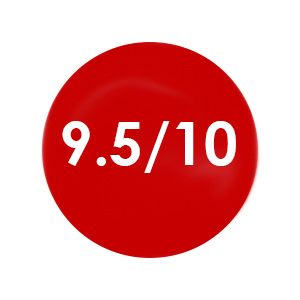