One of Britain’s most recognisable bands of the 21st century, Coldplay have done it all in the music industry (and yes that includes bad things too such as selling out). Chris Martin and co. have been a prominent figure in the UK scene for well over a decade now, but what are their best and worst albums?

I’m not gonna beat around the bush here, this album makes me feel sick. It is the prime example of a band selling their soul to those evil pop charts and crushing their otherwise credible work. Paradise is an essential pop anthem of the 21st century but that doesn’t make it good, quite the opposite in fact. This album is devoid of anything that made Coldplay good in their earlier years and trades understated passion tracks for embarrassingly mediocre stadium anthems. 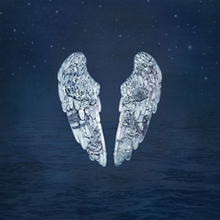 There was the tiniest possibility of hope when Coldplay brought out Magic as the lead single for this album; it is a focused, emotionally-driven mellow hit with soothing vocals and sweet instrumentals. Unfortunately that wasn’t a sing of things to come for the album, with awful band-dance crossovers like A Sky Full Of Stars dominating this half-arsed attempt at pleasing delusional fans before their next commercial release. 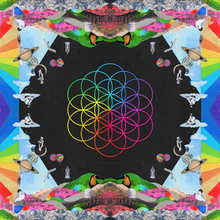 The band’s most recent effort A Head Full Of Dreams continues on this descent into the band’s pop-friendly mum drops but one bit of credit I can place upon it is that there is a slight bit more character than there was on the two previous albums. While it is an absolute far-cry from the vintage Coldplay sound, it demonstrates that there was maybe the tiniest bit of life in the old dog yet; not much though.

This was Coldplay striving for difference in their music and while that much is admirable, it doesn’t do much to rival it’s predecessors in the band’s discography. There are some memorable songs on here, including the title track Viva la Vida and Violet Hill, the latter of which is beautifully executed; but there is a decent chunk of filler on an album that promised so much. Not to mention that Frank Ocean covered Strawberry Swing and made it infinitely better.

The difficult second album. While A Rush Of Blood To The Head couldn’t quite reach that raw and fresh sound which blessed the debut album Parachutes, it stands as evidence of Coldplay’s brilliance in their early heyday. Softly delivered, gorgeous piano ballads quickly became Coldplay’s forte on this album, with joyous tracks like Clocks, gut-punchers like The Scientist and serene love songs like Green Eyes.

On their third album X&Y, Coldplay began to ever so slightly alter their sound and venture into a more refined, radio-friendly vibe. The difference between them doing that here and later in their careers is that they were still making music that had punch to it, it had personality and a real presence. Songs like Speed of Sound and Square One had some infectious guitar riffs and Fix You remains one of the group’s most beloved songs.

The debut album that announced well and truly who Coldplay are. Parachutes is so far above anything on the Coldplay discography for the simple fact that it was the blueprint for how the band sounded and they could never really emulate that later down the line. Don’t Panic is one of the best album openers of the century, Yellow is a British classic of an anthem, Shiver is a top class rock ballad with thrashing guitars; and Trouble is an ethereal slow jam filled with witty metaphors about heartache. The quirky but poignant lyrical power of Chris Martin shone on the debut but never managed to hit those heights again.