2017 XXL Freshman Aminé is back with quite the bang. The 15th of August saw the surprise release of Portland rappers second full length project, ONEPOINTFIVE. Self described as an ‘EPLPMixtapeAlbum’ it would be safe to assume that this is merely a mid point between his debut and sophomore albums, but it certainly feels like so much more.

I’m a sucker for surprise album releases, so on first listen I can’t lie, I was bopping my head intensely to every clever play on words or any beat switch up. The simplest of flow switches or heavy beat had me falling in love, I had to take a step back and listen a couple more times just to check I wasn’t out of pocket for my love of this project. I’m not going to lie, I wasn’t out of pocket. This album SLAPS.

Coming in at 13 tracks and a mere 35 minutes, it’s a perfect length for a project of it’s magnitude and I enjoy near enough every single 35 minutes of it. It’s clearly experimental for Aminé who shows off some new production styles and tries his hand at the occasional RnB switch up. The first of these switch ups comes from track one, DR. WHOEVER. It begins with a lowkey RnB vibe as the man himself discusses his past and his sudden rise to fame. Mid point a heavy and infectious beat drops in as the RnB track turns into a rap display towards the top of Aminé’s discography.

The album offers many flexes throughout, particularly on REEL IT IN which gives a nice nod to Drakes Portland and it’s flute based production, further proof that Aminé is experimenting with sounds here and finding what best suits him and what’s best received. One of the high points on this record is track four, BLACKJACK, which is unfortunately followed by the lowest point in WHY? as Aminé seems to repeat the same word constantly and gives us no real content.

Mid point in the album we get to listen to SHINE, CHINGY and CANTU which feature some of the albums very best word play as Aminé gets heated over some pretty spectacular production. There’s a polite nod to Aminé’s first album, Good For You, as we get another STFU simply titled STFU2. It’s not quite near it’s original but it’s still more than acceptable. 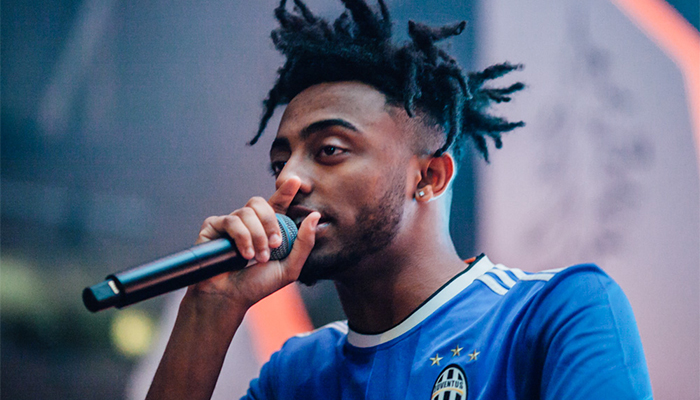 As I mentioned earlier, Aminé experiments on this record with his genres, this is probably most effortlessly seen on his final two tracks on the album, RATCHET SATURN GIRLS and TOGETHER. While both tracks are ultimately rap songs, Aminé shows glimmers of RnB both in his delivery and in his much improved production.

Lyrically the tracks aren’t all full of deep meaning, but do they need to be? It’s a fun flex that suit’s Aminé’s style and production. It’s clear this is nothing more than rough cuts that won’t make his second full length album, hence the reason there’s no Campfire here. Aminé has done a glorious job of making something different and turning his rough cuts into something much more than that. It’s probably not matching his debut but for what it is, it’s pretty damn good.