With an Arctic Monkeys return seemingly imminent in 2018, we decided to rank the band’s previous work from worst to best. Out of the five albums they have made in their career, which will stand tall as the best? Let’s see.

AM was brought out in 2013 after the band had a brief spell breaking America, supporting huge rock bands Queens Of The Stone Age and The Black Keys on their respective tours. This change in scenery also prompted a style change for Alex Turner and co. who decided to glam themselves up a bit and live like the rockstars they are. Alex started quiffing his hair and wearing massive leather jackets as well as losing his accent a bit as heard on this album. R U Mine? and Do I Wanna Know? are fantastic singles and open the album with energy and attitude while I Wanna Be Yours (a song inspired by the John Cooper Clarke poem) has a sombre sound that we come to adore from the band on occasion. Just because I have ranked it bottom doesn’t mean I dislike it by any stretch of the imagination; I happen to think it is a great album, personally. It just says a lot about the quality of the band’s other work and how something this good can fall short of the mark in comparison.

The leftfield avenue taken by Arctic Monkeys was their fourth album Suck It And See, brought out in 2011. It coincided with Alex Turner’s work for the Richard Ayoade directed film Submarine, which Alex did the soundtrack for. The band still had a lot of their core values on this album through instrumentals and big drum beats but what sets this album apart is their lyrical diversity, the ability to branch away from the norm and be poetic with their words. Songs like Love Is A Laserquest and Piledriver Waltz have very symbolic lyrical content, as you can probably tell from their titles, but they also have the hard hitters like Brick By Brick or Don’t Sit Down ‘Cause I’ve Moved Your Chair. It was a difficult listen at first but as time has gone on I have learned to adore this album, just edging it over AM for fourth spot. 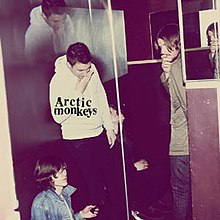 After two incredible examples of their talents, Arctic Monkeys had the world on their side and were now easily Britain’s most loved band thanks to their Northern cheek and the anecdotal tales of youth, making them so relatable for listeners. This trend continued on the third project Humbug which boasted some of the band’s best singles to date in My Propeller and Crying Lightning, both of which have manic instrumentals that all indie fans could admire. There was also the small matter of Pretty Visitors, by far and away the standout song on the album and one of the very best on the band’s discography, with that absolutely stunning chorus mixed in with a possessed guitar riff in the verses. Cornerstone is a real heart-wrencher with low-fi production and instrumentals but it works an absolute treat alongside some borderline punk tracks in this album’s context. 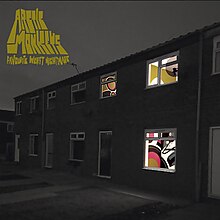 The difficult second album. Nonsense. This album is just as phenomenal as the debut and is actually unlucky to miss out on top spot. Releasing it so soon after their debut was a bold and risky move but one which, if successful, would turn out to be immensely beneficial. It turned out to be career defining as they proved they were here to stay as one of the truly great indie rock bands of our generation. Brianstorm has a maniacal drum beat and quotable lyrics, Fluorescent Adolescent is an indie cult classic and Old Yellow Bricks is an arena filling banger. The best song on this album, however is 505, a song which has the progression of an all-time great album closer as it builds up with time, becoming catchier by the second.

This album speaks for itself, really. It became the fastest selling British debut album in history, shifting over 360,000 copies in the first week alone; the British music scene finally had a new album to sweep off the shelves. NME have this album down as the 19th best album of all time and it won the 2006 Mercury Music Prize; that enough for you? I Bet You Look Good On The Dancefloor and When The Sun Goes Down are just a couple of shining examples from this album to go down in British music folklore, they are true greats not only of this time, but of indie-rock music as a whole. The View From The Afternoon is a near perfect opener and A Certain Romance is even better as a closer, believed by many to be one of the best album finale tracks of all time. It is a tale of four lads from Sheffield, living it large and being lads around town, and the personal touch is what makes it so magical.