Perhaps the biggest problem with this album was just how catastrophically big it was, the fame and success was too much for Cobain who took his life two years after the success of the album.

In 1991, Kurt Cobain and co released their second studio album ‘Nevermind’, the album went on to sell over 10 million copies in America and is widely regarded as one of the greatest albums of all time, but how highly do we at Viberant rate it?

It wasn’t until 1992 that this album garnered it’s much deserved attention, and that’s largely down to the incredible popularity of the albums opening track Smells Like Teen Spirit. The songs popularity came out of nowhere but it was nothing but deserved, it’s one of the greatest rock songs of all time as well as one of the most influential. I’d actually say that it was this song that put grunge and alt rock to the forefront of music again. Every song on this album was written by Cobain, but this track was co written with band members Dave Grohl and Krist Novoselic.

Once the album could be fully appreciated on a larger scale tracks like In Bloom, Come As You Are and Lithium would all become rock anthems for generations, the longevity this album has maintained is ridiculous, despite the tragedies the band would face because of it’s rise to fame, it’s cult following would remain no matter what.

Perhaps the biggest problem with this album was just how catastrophically big it was, the fame and success was too much for Cobain who took his life two years after the success of the album leaving a note “It’s better to burn out than fade away.” This album was amazing in every way, inspiring the masses of generation X, with Cobain arguably the most iconic figure of those rebellious times.

It’s an album that put Nirvana in a special place in music along with the likes of The Sex Pistols and the Rolling Stones. Sure the album has flaws, nothing is perfect, but on a whole this album is beautiful, lyrically chilling and instrumentally insane. 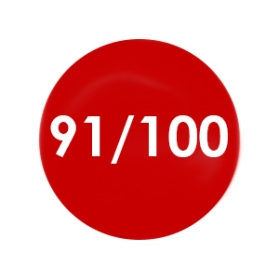